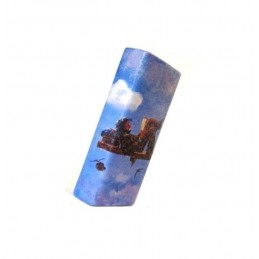 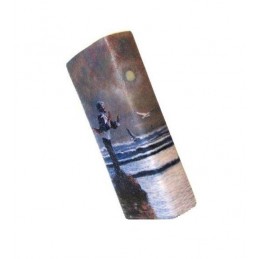 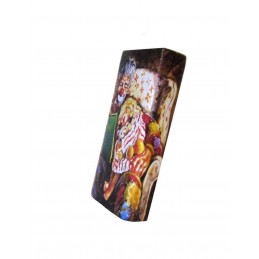 Remo Lobbio. Stage name anagram by Elio Brombo, painter and engraver, born in Chioggia (Venice) (1926-2014), pupil of his father Angelo Brombo, (1893-1962) landscape painter of the Venetian school, lives and works in Venice and in France where , in his summer atelier in Prats de Mollo la Preste, a spa and climatic city in the Eastern Pyrenees, he exhibited every year until 2008. After his debut at Bevilacqua, Masa organizes and participates in numerous exhibitions, personal and group in Italy and abroad. In maturity he elaborates an original expressive figure that is mainly entrusted to the evocative qualities of color. Its shapes, even if well defined, take shape in a surreal space illuminated by a suggestive light that dematerializes them making them practically elusive! In his compositions, immediate communication goes beyond the message It is the work itself that moves towards us, comes to meet us and involves us: here we are then on the terrain of mystery, in the unreality of fantasy or in the spiritual climate of metaphysics. His works are all a continuity of lines and lights emanating from the skilfully used color material. Numerous poets and writers have asked him to illustrate their works. He has collected flattering essays in authoritative newspapers and specialized magazines, mainly in Italy and France where part of his activity took place. His works can be found in public and private collections both in Italy and abroad. Since 1979 he has been part of the International Center of Graphics and, a few years later, he founded with Nicola Sene and other artists Atelier Aperto, a laboratory where research and experimentation are practiced, without however abandoning traditional techniques. In 1990, with the Centro Internazionale della Grafica, he created the artist's book Symphonic Suite with original text by Cristina Petrella; and, in 1998 he created the book: "Venice", presented by Riccardo Licata, with a poetic text by Luciano Menetto. In 1999, at the invitation of the Dante Alighieri Society, he participated with his engraving in the illustration of a Canto from the Divine Comedy. In 2004 he made an engraving to illustrate a sonnet of the Canzoniere del Petrarca for the Francesco Petrarca National Institute and the Galilean Academy of Sciences, Letters and Arts.Main solo shows Venice, 1975, '77, '79, '80, '81, '83, '87, '88, 95, '97, '98, 2002, 2003, 2005, 2009 Chioggia, Verona, Vicenza, Rome, Castelfranco Marseille, Montpellier, Toulouse, Perpignan, Paris, Grenoble Belgium - Brussels (1997, 2013, 2014) Greece - Kalamata Most recent group shows Venice, Milan, Mestre, Padua, Rome, Vicenza, Verona, Pavia, Florence, Carignano (Turin) , Cortina d'Ampezzo, Bolzano, Langhirano-Parma, Pordenone, Cesena, Pesaro, Messina, Marseille, Perpignan, Bad Salzuflen (Germany), Primosten, Zagreb, Lyon, Mulhouse, San Paolo del Brasile, Santander (Spain), Ajaccio, Alexandria (Egypt), Forssa-Helsinski (Finland), Poitiers, Sarcelles, Saint Germani en Laye, Ville d'Avray, Vatican City. Recently, he was invited to Rome, at the "Impegno nella Bellezza" exhibition at the Romanian Academy, at the International Biennal Print Exhibition in Qingdao and Pekino (PR China), at the Clàsica y Moderna Buenos Aires Gallery (Argentina), at the Gallery 10, LTD Washington and the Italian Cultural Institute of Grenoble. In 2004, still in Washington, he participates, together with artists from 11 countries, in an exhibition on the theme: Traveling in China with Marco Polo 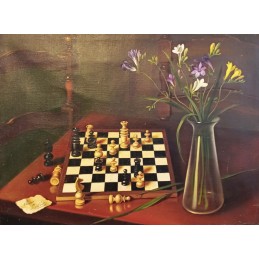